Carton Bros is the name of the company that produce Manor Farm chicken. It is one of the oldest family companies in the country and dates back to 1775 when it was trading in the Dublin Markets. Originally in those heady days over 200 years ago, chickens would be brought from the farmyards all around the country to the Dublin Markets and Carton’s would sell them on. In later years people would send their live chickens on the train marked for Carton’s where they would then be sold and the money would be sent back to the Farmers by return (less a commission of course). 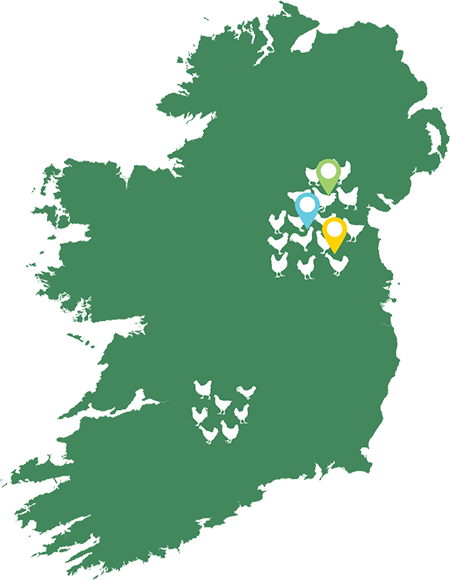